Do you need help?

We will be happy to assist you in selecting the appropriate measurement device and also advise you on possible protection solutions.
Just contact us!

Often this proves to be the most effective and economical solution for mitigation of EMF pollution in private homes, especially sleeping areas, through electric or magnetic AC fields. Installed in the fuse box, the demand switch automatically interrupts mains, when you've switched off the last light or appliance within the successive wiring, and automatically turns it back on, when you swiitch on a light or appliance. Consequently EMF pollution from electric or magnetic LF-fields is safely avoided during the most important recreational time of the day – night's sleep. This is typically the first choice mitigation of professional building biologists.

A physical phenomenon such as "electrosmog" with all its various specifications can be successfully met with several credibly efficient physical solutions. Only products of this type are shown on this page. We do not offer products such as "mobile phone chips", "interference suppressors" or "wave harmonisers". In the following you will find a variety of shielding solutions on a strictly physical basis. 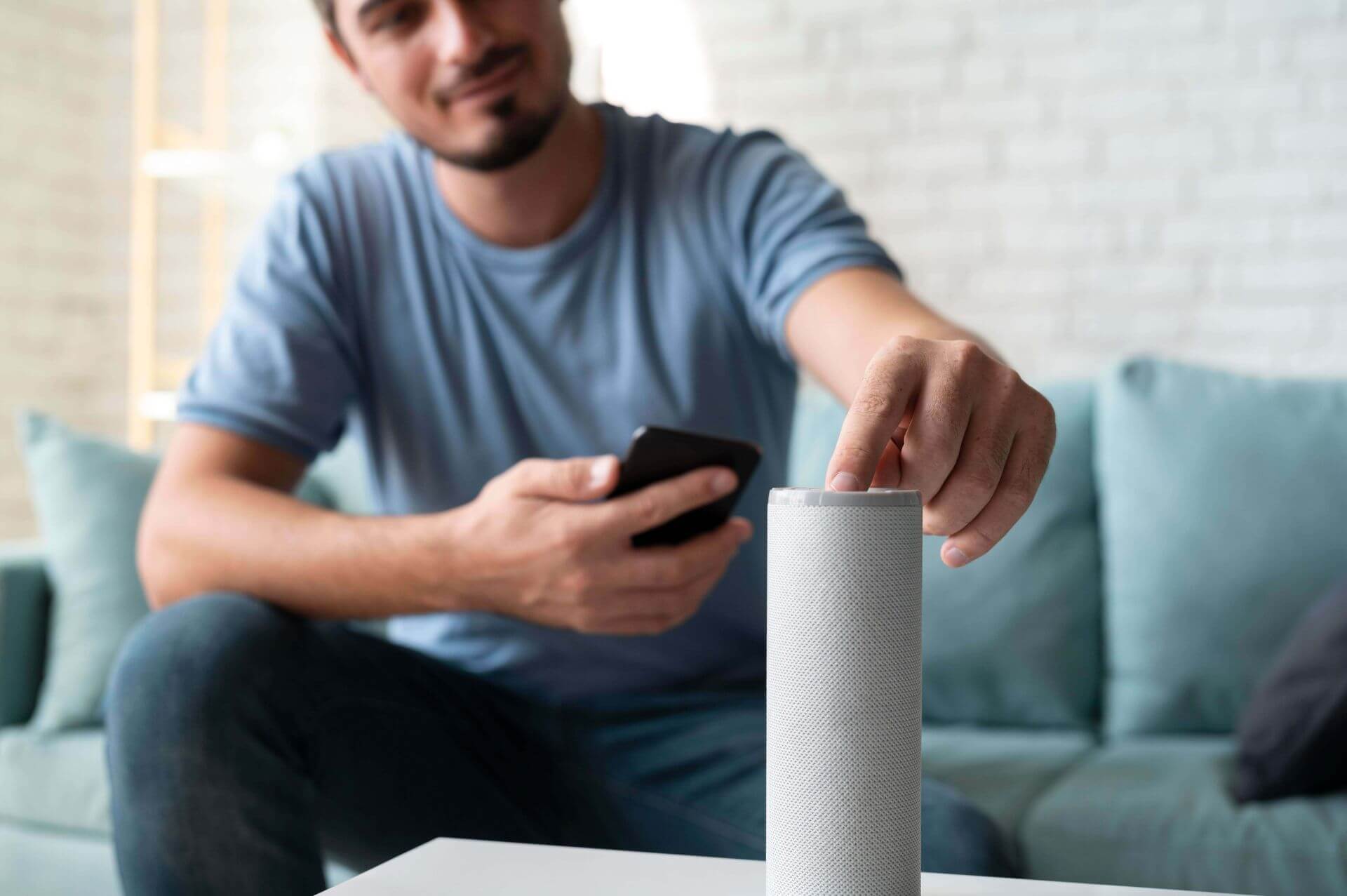 How harmful is Bluetooth radiation?

Bluetooth makes life easier for many; whether listening to music with headphones, transferring data from cell phone to cell phone or using peripherals such as keyboards, printers or wireless mice. But how dangerous is the radiation that surrounds us almost daily? Are Bluetooth headphones harmful to the brain, for example, or are there limits that the industry must comply with?

Bluetooth is an industry standard for the transmission of data over short distances. Bluetooth is used to transfer data, videos, images and music without the need for wired connections.

In 1998, IBM, Ericsson, Toshiba, Nokia and Intel formed the Bluetooth Special Interest Group (SIG) to create a common industry standard for wireless data transmission. In July 1999, the SIG released the first final Bluetooth specification - version 1.0a. In the following years, the technology was further developed and new versions (currently: V.5.2 - as of 2022) were published.

The name Bluetooth is derived from the Danish king Harald "Blauzahn" Blåtand (910 - 987). The king was known for having created a stable connection between the countries of Scandinavia, which is why he served as a model when finding the name. The logo contains the king's initials "HB" in runic script.

What is Bluetooth radiation?

Bluetooth is microwave radiation in the frequency range from 2.400 GHz to 2.4835 GHz in the so-called ISM band, which is mainly used for industrial, scientific and medical purposes. Bluetooth uses the same frequency range as, for example, WLAN and some radio remote controls. The width of the 79 channels is 1 MHz, and the frequency within the 79 channels can change up to 1600 times per second (frequency hopping). The frequency hopping algorithm is randomly recalculated for each connection, so Bluetooth connections are generally considered secure and interference-free.

What is the range of Bluetooth radiation?

With a transmission power of 100 mW (milliwatts), this is the strongest class. Class 1 devices can establish connections of up to 100 m in the open air, which is why this technology is used in industry, for example.

The transmitting power of Class 2 is a maximum of 2.5 mW, which enables connections with ranges of up to 40 m outdoors. Indoors, the maximum range is 10 m. Class 2 components are used in notebooks, PCs and Bluetooth headphones, for example.

Class 3 devices have the lowest transmitting power (1 mW). The maximum range outdoors is 10 m, indoors 1-10 m. Due to the lower radiation levels, class 3 components are used in headsets, headphones and wearables.

How harmful is Bluetooth for health?

The radiation intensity of Class 1 devices is roughly comparable to that of cell phones. However, since class 1 components are rarely installed in devices for private individuals, consumers need not worry so much. Should private individuals nevertheless have to deal with class 1 devices, the same health-related measures must be observed as for mobile phone radiation.

Always deactivate Bluetooth when not in use!

Bluetooth applications should always be deactivated when not in use. This not only saves energy, but also protects your health. 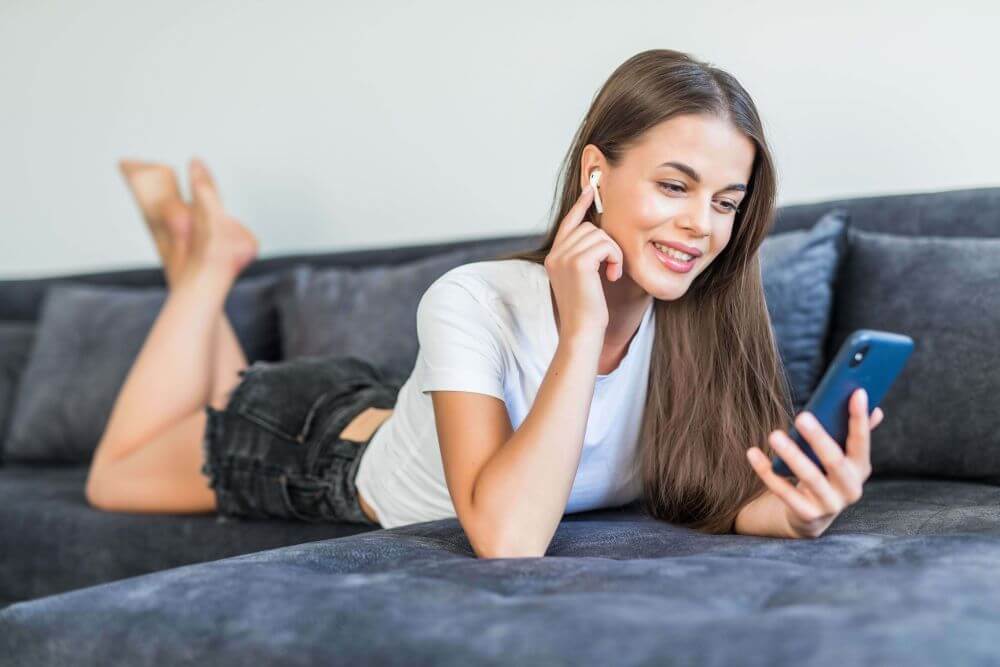 Airpods, headsets and Bluetooth headphones are used millions of times a day in Germany. But what about radiation exposure?

Here it is worth taking a look at the SAR value. The SAR value (Specific Absorption Rate) is a measure of the energy absorption of the human body. The German Federal Office for Radiation Protection (BfS) recommends not exceeding a value of 2 watts per kilogram (W/kg).

The German Federal Office for Radiation Protection also recommends using a headset when making cell phone calls: The BfS writes: "Use headsets. The intensity of the fields decreases rapidly with distance from the (cell phone) antenna. By using headsets, the distance between the head and the antenna is greatly increased. The head is therefore exposed to lower fields when making phone calls."

How can I protect myself from Bluetooth radiation?

Users of Bluetooth devices can find out in the operating instructions or directly from the manufacturer whether safety measures or minimum distances must be observed with regard to their products (especially for class 1 devices). In general, it makes sense to reduce the use of mobile radio applications to the minimum necessary in order to minimize possible (even as yet unrecognized) health risks.

In addition, we recommend the following measures:

Bluetooth applications of performance class 2 and 3 are less harmful to health than radiation from cell phones due to their lower radiation strength. Bluetooth headsets are therefore suitable for reducing exposure to cell phone radiation in the head area. In general, however, it makes sense to minimize exposure to high-frequency electromagnetic fields such as Bluetooth radiation, since the long-term effects of Bluetooth radiation on humans have never been fully researched. 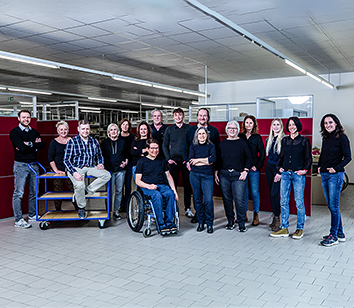 Do you need help?
We will be glad to help you.

We will be happy to assist you in selecting the appropriate measuring device and also advise you on possible protection solutions.
Just contact us!

By selecting "Accept all", you give us permission to use the following services on our website: YouTube, Vimeo, ReCaptcha, customerSwitch, Facebook Pixel, Sendinblue, Google Tracking, dash.bar. You can change the settings at any time (fingerprint icon in the bottom left corner). For further details, please see Individual configuration and our Privacy notice.

The settings you specify here are stored in the "local storage" of your device. The settings will be remembered for the next time you visit our online shop. You can change these settings at any time (fingerprint icon in the bottom left corner).

To view Vimeo contents on this website, you need to consent to the transfer of data and storage of third-party cookies by Vimeo.. This allows us to improve your user experience and to make our website better and more interesting. Without your consent, no data will be transferred to Vimeo. However, you will also not be able to use the Vimdeo services on this website.

To submit forms on this page, you need to consent to the transfer of data and storage of third-party cookies by Google. With your consent, reCAPTCHA, a Google service to avoid spam messages via contact forms, will be embedded. This service allows us to provide our customers with a safe way to contact us via online forms. At the same time, the service prevents spam bots from compromising our services. After you gave your permission, you might be asked to answer a security prompt to send the form. If you do not consent, unfortunately you cannot use the form. Please contact us in a different way.

So that our service works, your consent to the storage of third-party cookies from the provider [tech] NEO GmbH is required. By choosing between private or business, the prices butto or net are displayed. If you do not agree, you will unfortunately not be able to use the function. Please contact us via an alternative route.

To send data to Facebook, you need to consent to the transfer of data and storage of third-party cookies by Facebook.. This allows us to improve your user experience and to make our website better and more interesting.

To send data to sendinblue, you need to consent to the transfer of data and storage of third-party cookies by sendinblue. This allows us to improve your user experience and to make our website better and more interesting.

To send data to Google, you need to consent to the transfer of data and storage of third-party cookies by Google.. This allows us to improve your user experience and to make our website better and more interesting.

Data is stored in order to recognize you on future visits.

Would you like to see these contents? Activate the desired contents for one session only or allow the website to remember these settings. Once you have given your consent, the third-party data can be loaded. For this, third-party cookies might be stored on your device. You can change these settings at any time (fingerprint icon in the bottom left corner). For further details, please see the Privacy notice.